This feature was produced in collaboration between Vox Creative and Bordeaux Wine. Vox Media editorial staff was not involved in the creation or production of this content.

Before his immense success as a sommelier, Patrick Cappiello was just another wine lover trying to make it in New York. After arriving in the city in 2001, he began as a waiter at Tribeca Grill, where he met wine director David Gordon. Within a year, Patrick was a sommelier. Today he's the the operating partner and wine director of Rebelle and Pearl & Ash restaurants. Aside from the Michelin star recently awarded to Rebelle, he was also named Sommelier of the Year 2014 by Food & Wine Magazine and Wine Person of the Year 2014 by Imbibe Magazine. He took a Bordeaux wine to his favorite BYOB restaurant, and then he took a trip down memory lane.

One of the most pivotal restaurants to my wine education wasn't what most people would assume. As opposed to one of the old school, midtown French haunts where the wine lists are long and expensive, some of my most memorable bottles were consumed at a very unassuming, little restaurant in the heart of Chinatown.

I was first introduced to the Peking Duck House not long after I moved to New York in 2001. The restaurant was not a long commute from the Tribeca Grill, and more importantly they were kind enough to let us bring bottles of wines to enjoy with our hearty lunch.

It was at the Peking Duck House that I first experienced some of the great wines of France. The restaurant soon became one of my favorite hangouts and continues to be to this day. The food is simple, flavorful, and wine-friendly. 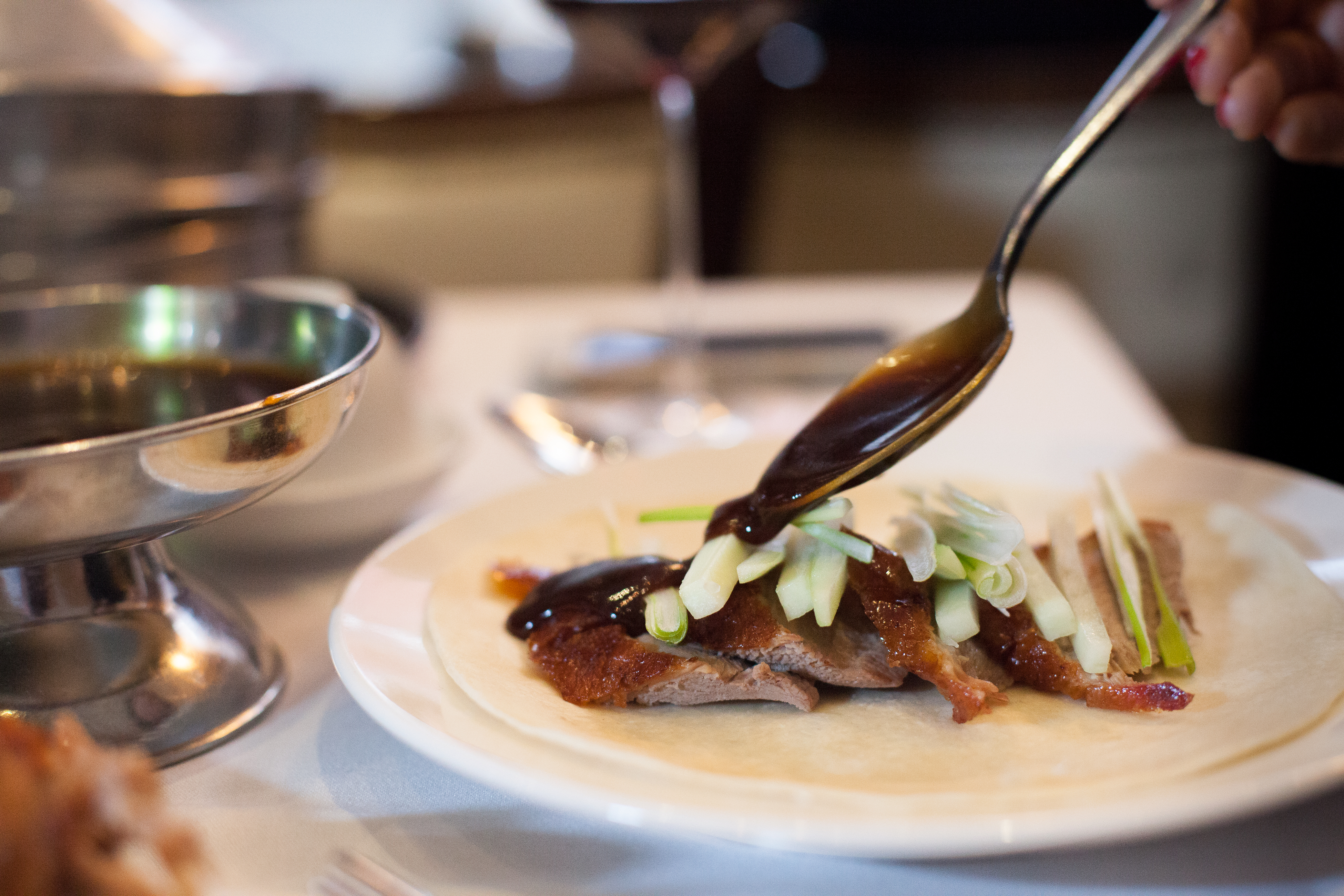 Of course, the highlight of the dining experience is the Peking duck. At that point in the meal we usually drink rich, full-bodied wines. I've had some amazingly regal wines from Bordeaux with this dish. A few times they have been old First Growths like Château Latour.

But I can't always drink wines at that level (or price point), so I often find pleasure in some of the selections off the beaten path. The Right Bank in Bordeaux is often that path, and one of my favorite bottles is Château la Grave from Fronsac. Paul Barre is one of the most passionate winemakers in the region, and his dedication to Organic/Biodynamic farming practices is remarkable. The wine has impeccable balance and a rich, supple texture, which makes it a great pairing for Peking duck, even at a very young age.

Peking Duck House is one of the things that makes New York City an amazing place to live, and even more amazing with great Bordeaux wines and friends. I feel very lucky to have it in my backyard!

This feature was produced in collaboration between Vox Creative and Bordeaux Wine. Vox Media editorial staff was not involved in the creation or production of this content.

Max Coane spent the last 13 years as a record producer and songwriter, drinking wine in his spare time. But while traveling through France he had a revelation: wine was his passion. Since then he's...

For Anthony Cailan, going into the wine business was an easy decision. He  fell in love with the idea that he could learn about and taste something new every day. Through his experience as a line...

Sommelier Jill Zimorski started as a restaurant manager. As is customary in many smaller restaurants, she was the go-to for wine and cocktail recommendations. It wasn't until she started working...

Amanda Fraga grew up in Miami and caught the travel bug at age 18, when she embarked on a round-the-world trip that brought her from China to Britain. When she enrolled in a wine technology course...