The Journey The Inspiration The Wallpaper

Katie Deedy, the owner of Grow House Grow wallpaper designs, didn’t always know she wanted to make bespoke, narrative wallpaper, but once she started there was no going back. Deedy’s passion for making patterns draw on her personal experiences and the curiosities of everyday life. The result? Artwork so rich that you want to cover your walls in it.

For her most recent wallpaper inspiration, the born-and-raised New Yorker traveled to Seattle, a city she often imagined as a child, because her father’s job almost transferred her family there. "Before I came here, my idea of Seattle was really clean air," she said. "I envisioned wilderness, a city surrounded by a lot of greenery. In my child's mind, it was this mythical place where I could've grown up." Watch the video to see how Deedy turned her trip to Seattle into a pattern.

Built in 1914, the Smith Tower became the first skyscraper in Seattle and the tallest building west of the Mississippi River. During Prohibition, Roy Olmstead (an infamous bootlegger in the Pacific Northwest) and his wife, Elise, hosted a broadcast studio at Smith Tower. King Broadcasting Company was founded at Smith Tower in 1947 and remained there for 35 years, ultimately expanding from radio to television.

"The walls are these gorgeous slabs of quartz," Deedy notes. "You can tell that they're just relishing their history."

The Wing Luke Museum of the Asian Pacific American Experience has more than 18,000 artifacts that highlight the history of the Asian Pacific American community. The museum got its name from Wing Luke, the late Seattle City Council member who was the first Asian American elected to public office in the Pacific Northwest, in 1962. It is located in the East Kong Wick and West Kong Wick Buildings in the Chinatown-International District, which were constructed by hundreds of Chinese immigrants in the early 1900s and was a hotel for immigrants through the 1940s.

"Going to the Wing Luke Museum was something I looked forward to, because I was familiar with the influence of Asian peoples and cultures in the Pacific Northwest, but I didn't have any real reference for it. I was grateful to have such a wonderful tour guide in Margaret, because she shared how these very different people came together and collectively have influenced this one city. Being able to walk through the old hotel, where you had rooms that haven't been really touched or changed since the hotel closed down — that's something that you can't capture on film."

The Ballard Locks, officially known as the Hiram M. Chittenden Locks, have linked the Puget Sound with Lake Union and Lake Washington since their completion in 1917. The Marine Corps constructed a fish ladder onsite at the same time to allow salmon to migrate in spite of the locks.

"One of the things I like the most about the Ballard Locks was the combination of old and new," Deedy says. "You have these wonderfully amazing functioning 100-year old locks. You're in a time warp with these beautiful knobs and handles. It was very manual and tactile — to be honest, I didn't realize how much I was going to love the locks."

"It was so beautiful, watching these fish. There were several different species of salmon. I learned that as they move from salt water into the fresh water, they actually undergo biological changes that help them adapt."

"The Chinatown-International District, as well as the presence of indigenous art throughout the city, was really memorable for me. Somehow all of the different colors, textures, and histories blended together and worked to make something different and unique only to Seattle. The line work is also a reflection of something beyond the historical ethnic influence on the city; it began as the maze (at least in my mind) of the waterways across the area. I originally had the lines in blue, and they reminded me of the Ballard Locks."

"The wallpaper really did turn out based on how I felt about the city; I made numerous patterns, most of which were more illustrative. In the end, this was the one that reflected my experience the most." 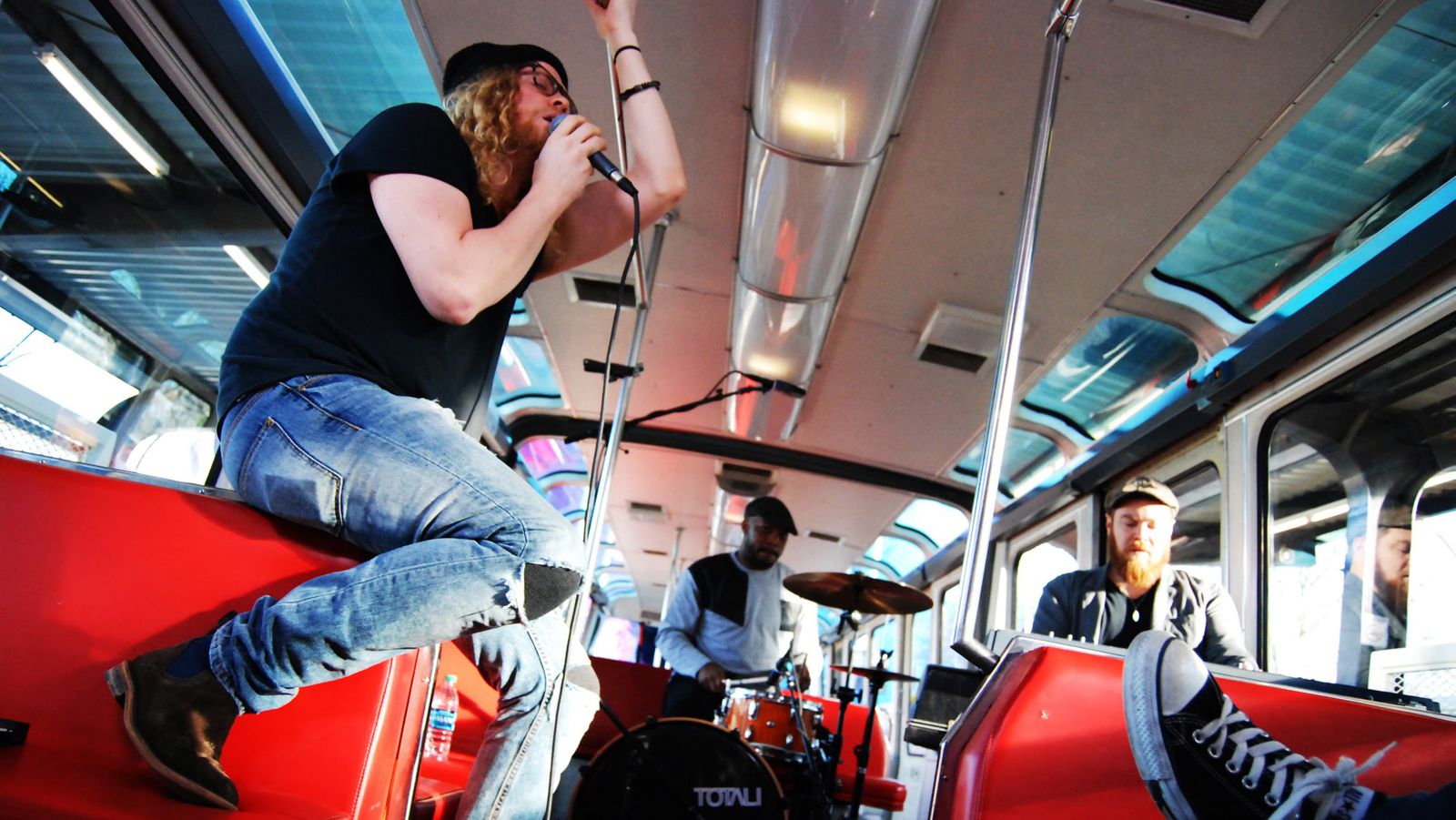 Jimenez Lai Architect The Journey The Inspiration The Structure Seattle is full of inspiration. We invited artists from across the country to visit the city and create...

Jeni Britton Bauer Ice Cream Maker The Journey The Inspiration The Flavor Seattle is full of inspiration. We invited artists from across the country to visit the city and create...

Chris Raschka Children's Book Illustrator The Journey The Inspiration The Paintings Seattle is full of...

Emily King is a Grammy-nominated musician, living in New York City where she was born and raised. In the midst of tour rehearsals and the hustle of day-to-day life, she visited Seattle and wrote a...