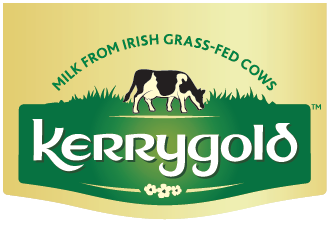 This advertising content was produced in collaboration between Vox Creative and our sponsor, without involvement from Vox Media editorial staff.
Part of The Irish Kitchen

Finding the best beverage match for your favorite cheeses can sometimes feel overwhelming. There are a plethora of options and countless opinions from different industry professionals (as well as home cooks and self-taught sommeliers) to wade through. It can be a lot.

But what if it didn’t have to be? To make finding those pairings a little easier, we rolled up our sleeves, filtered through the cheese-filled research, and became your own personal culinary matchmaker. We learned that a robust cheddar goes surprisingly well with a citrusy India Pale Ale and sometimes the best partner for a creamy and tangy-sweet blue cheese is actually a peaty scotch whiskey. To put our new knowledge to the test, we’ve found beverage matches for six different, and delectable, Kerrygold Irish cheeses. Made with milk from Irish grass-fed cows, Kerrygold cheeses have an exceptional flavor whether you’re incorporating them into a recipe, eating them by the mouthful, or making them the stars of your next charcuterie board at cocktail hour.

Keep reading for a curated list of matches that’ll please any dinner table, cocktail party, or late-night craving. If you want more than a charcuterie board or simple spread, follow the recipes for a creamy Tuscan chicken fettuccine or a broccoli and cauliflower gratin with garlic bread crumbs to take these pairings one step further.

Kerrygold Dubliner with a malbec

This sweet and slightly nutty cheese (think of a taste similar to an aged parmesan) is easily balanced by the dry, full-bodied, and lightly berried taste of a Malbec. The typically Argentinian or French wine comes from the malbec grape (known for its inky dark color and robust tannis) and its bold flavor profile potential — lovers of this pour often noting traces of oak, dark berries, and earthy tones — compliments the piquant bite of this Kerrygold classic.

Looking for a different full-bodied red that hits the mark? Try a Cabernet Sauvignon.

If you’re a fan of a cheese that is somehow strong, sharp, rich, and smooth (talk about a quadruple threat), Kerrygold’s Reserve Cheddar should be lining your charcuterie board. Instead of pairing a wine with this robust cheese, try complementing it with the soft finish of a refreshing India Pale Ale. While West Coast IPAs traditionally have a pinier and hoppier finish, New England IPAs tend to have a tropical, citrusy punch. Either route you take, the bitterness of the classic brew helps to cut through the fat of the bold cheddar, creating a delicious balance of flavors.

If IPA’s aren’t your thing, but you still want a citrus that’ll mimic that same balance, try a sour.

Kerrygold Skellig with a beaujolais

Skellig is known for its creamy texture and full-bodied flavor; the rich, tangy, and sweet cheddar is sure to be a crowd favorite at any gathering. A perfect match for its main-character presence is a smooth and acidic beaujolais wine. Lovers of the pour (which comes from the gamay grape variety and is often known for its light and acidic flavor) tend to identify tasting notes of spices (think pepper and licorice), earthy minerals, and red fruits in the highest-reviewed bottles. A lighter-bodied wine like this can provide an easy balance for the full-bodied flavor of the Skellig.

If you’d prefer to stray from red wine, try a slightly bolder (but less acidic) French Sauvignon Blanc. A French Sauvignon Blanc is considered “Old World” (tending to be earthier and more terroir-driven) while its California and New Zealand counterparts are often viewed as “New World” (less flinty and earthy, more focused on the fruit flavor).

Some might pair a semi-soft, creamy, and pleasantly pungent blue cheese with a wine, but the smooth and mellow taste of a peaty scotch is a match that shouldn’t be overlooked. Bourbon-lovers might want to lean toward their sweeter pours — a peaty scotch often has a smokey and woody aroma — but that burned-peat taste is necessary for the balance, and it won’t overpower the naturally nutty sweetness of the liquor. The cheese’s minerality and salty-sweet punch balance out the smoke of the Scotch, creating an effortless pair for Kerrygold’s Cashel Blue Farmhouse.

If you’d prefer to have your scotch in a cocktail, try a single malt scotch. If you find one that’s triple-distilled, it can have an almost bourbon-like quality, making it a fantastic base for a Boulevardier, a Manhattan, or an Old Fashioned.

If gouda is your usual go-to, Kerrygold’s Blarney Castle is a necessary addition to your cheeseboard. This mild and creamy cheese has a rich flavor and smooth texture that is a perfect match for berries or salted crackers. Similar to the Cashel Blue Farmhouse, you could easily pair it with wine (Kerrygold recommends a Sauvignon Blanc if you choose to go that route) but a smooth bourbon is a surprisingly rewarding match. Bourbon’s are naturally oaky, often having traces of vanilla or caramel, and a mix of warm spices. This combination can create a brash and bold, yet smooth and balanced swallow that’ll only complement Blarney’s mild richness.

If you’d really like to indulge, look for a bourbon with strong honey notes for an even sweeter pair.

Kerrygold Swiss with a warm brandy

Swiss is a classic and crowd-pleasing cheese that deserves an equally crowd-pleasing match. From the hills in Ireland’s Tipperary region, this mild cheese has a smooth texture and a sweetly nutty taste. It’s perfect for spreading onto the golden crust of a French bread and following with a glass of brandy. Coming from the Dutch word brandewijn, meaning “burned wine”, brandy is made from fermented fruit juice. American brandies are typically distilled from grape-based wine, but the spirit can also come from apricots, apples, and cherries. Often having an aroma of its chosen fruit and a rich finish, it’s a perfectly savory beverage to hold its own next to the Kerrygold swiss.

If you’re looking for an alternative, cognac (which is closely related to brandy) is also known to be a fantastic pair for Swiss-like cheeses.