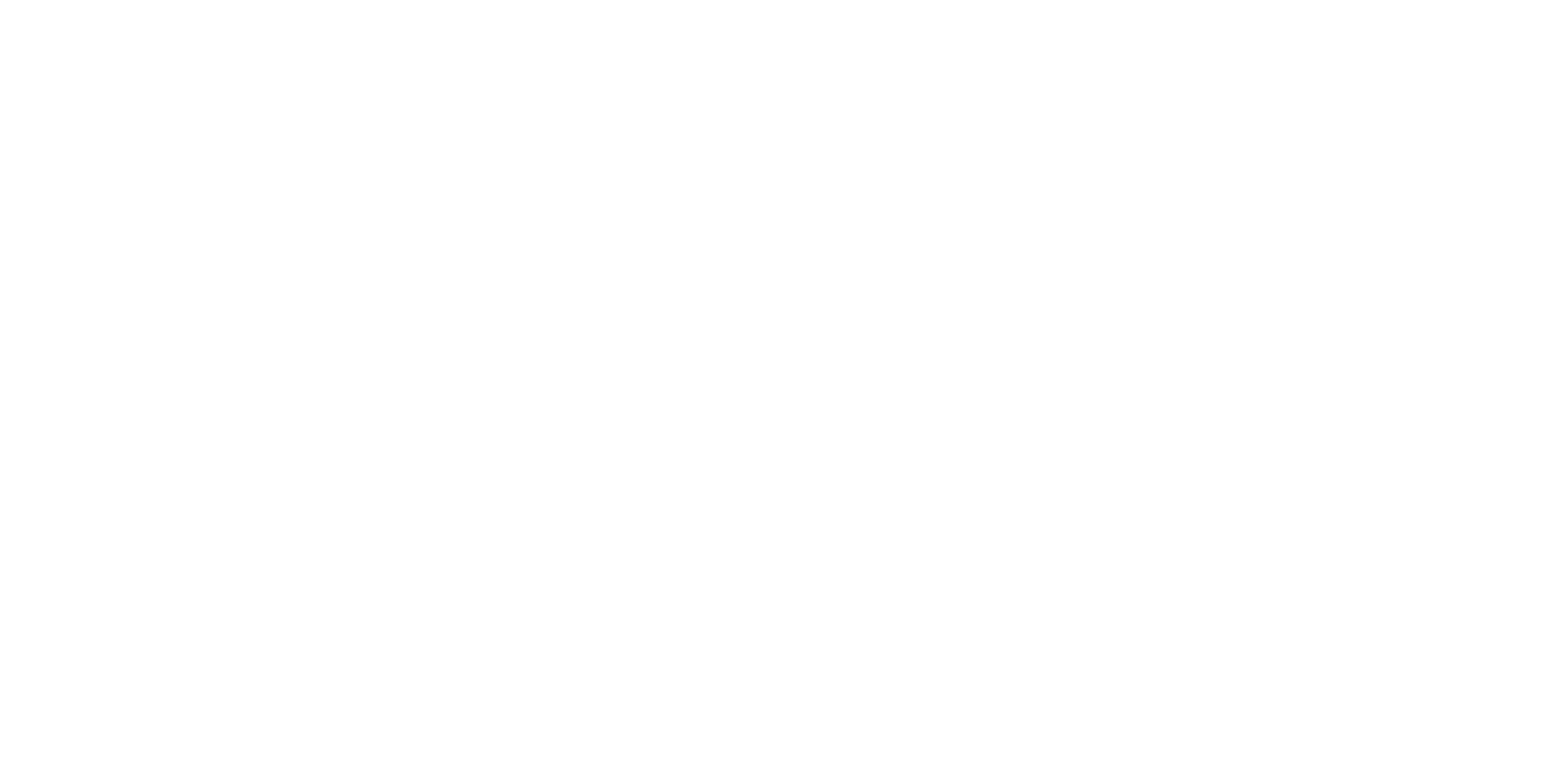 How I Escaped a Financially Abusive Relationship During the Pandemic

Leaving was the hardest thing I’ve ever done.

Disclaimer: This article references domestic violence and forms of abuse that can be triggering. If you or someone you know is experiencing abuse, contact The National Domestic Violence Hotline for 24/7 support at 1.800.799.7233 or visit thehotline.org.

I dedicate my story to my friend S.

I’m so sorry for what you went through, and I’m so sorry that it gave you the skills to help me through it, too. I guess that’s the survivor’s story. I’m really grateful for your role in my life, and your role in helping me reclaim my life. You gave me the boldness to know I was worth so much more than I was receiving — offering that support might mean more to someone than you know.

This is going to sound super-cliché, but when I do yoga I love a really basic sun salutation. It feels different every single time. You can speed it up or slow it down, hold a different part longer if your body needs that on a certain day, and just check in with yourself. Yoga has helped me through the most challenging days of my life.

So, about those challenging days...I met Derrick* when I was in college. I had a crush on him, but we weren’t really in the same friend circle, so nothing happened. Then about 10 years later, he found me on social media. He was living in Dallas,* and he showed a lot of interest. It’s always fun to get that feeling of, oh, someone I like is excited about me.

This was before the pandemic. I was working in Boston,* and Derrick started offering me plane tickets to come see him or he’d travel to see me. He said the tickets were his treat because of his salary as a doctor compared to my salary as a teacher. We went on these lavish dates — dinners, concerts, trips. Pretty soon, we would even drive around Boston or Dallas to look at houses and pretend what our lives would be like if we lived in them together. I guess there was something a little off about how over-the-top it all was, but at the same time, it just felt like this whirlwind romance.

We’d been dating for four months when we decided I’d move in with him in Dallas to avoid the long-distance thing. Looking back, he was a little too eager to have me put my source of income, my teaching job, on hold. But we always talked about it like a break before I could go to yoga teacher training to pursue my passion.

I think when people hear about relationships that end up like this one, they assume that a person was so naive. But there are a lot of factors involved, and no one on the planet could have predicted how 2020 was going to unravel. I had just moved in with Derrick when the world got locked inside.

Once the pandemic started, Derrick was constantly stressed — he was a doctor, after all. Pretty soon, though, he started taking that stress out on me. At first it was little things, like maybe I’d want to talk to a friend on Zoom and he’d discourage me from that. Any type of job that I was offered, I was forced to turn down. He’d say things like, didn’t you come out here so we could be together? I thought you wanted to focus on us.

I started noticing patterns around how he treated money. I had no transparency into how “we” were spending what he originally called “our money” but then started calling “his money.” He started putting my name on credit cards and making me sign all these lease documents, but he’d never let me read the paperwork. I was never interested in Derrick for his money, and I told him that. I grew up in a family where if you had enough for the necessities, you were good — maybe you wanted a little more, but you didn’t spend beyond your means. I wanted to know what we were spending so I could budget.

At one point, Derrick even tried to access my stimulus check. The money direct-deposited into my personal bank account — and he’d been demanding access to that account, but it was something I wouldn’t allow. That was a hard line, and I said no.

I tried to leave three times — and remember, this was during a global pandemic when “going other places” was more difficult than normal. The first time, I packed what I could to leave, but Derrick got irate. He cornered me on our balcony, threw water at me, ripped my glasses off my face, and threw them over the edge. He was screaming. I just thought, I don’t have my passport or some of the things I really need, and if I don’t get them now, they’re gone. So I managed to calm him down and we “resolved it,” but I knew that obviously it was going to happen again.

After that, I messaged my friend S (who’s also a survivor of abuse) like, hey, I’m going to have to delete this immediately, but please text me every day to make sure I’m OK. If I respond with this emoji I’m OK, or with that emoji I’m not OK.

Derrick’s behavior kept escalating. I realized he wasn’t joking when he said he would kill me. Once, he even drew up a contract about how he could “use my body” physically. Whether or not he was angry, whether or not he was a doctor in a pandemic, I said to myself, I have made a lot of excuses for a person I can no longer make these excuses for.

At one point, I secured a temporary living space away from Derrick, but the costs were too high since I hadn’t been allowed to work. Like many survivors, I ended up returning because I didn’t have the means to stay in a hotel or rental indefinitely.

Ultimately, the way I convinced myself to leave was to think about what I’d say to my best friend if she were telling me this story. I talked to my friends a lot better than I did to myself then, so I basically said to myself, Hey Grace, I’m “your best friend” right now. Someone is hurting you. This is absolutely unacceptable. It almost felt condescending to talk to myself that way, pretending I was someone else giving me advice, but that’s how it made sense.

The third time I tried to leave, I finally got away in this really frantic ride share. I was terrified. When I came back with the police to get my things, I didn’t speak to Derrick. I knew if I spoke a single word, there’d be manipulation. Not talking to him felt like setting a very firm boundary. It felt like the first step in regaining control over my life.

My friend S was so dedicated through it all — just being there, not giving commands, believing me. Some people say it’s so easy to leave, and they give advice about what they think they’d do. But leaving was the hardest thing I’ve ever done. In the moment, you don’t feel safe either way because of what could happen if you try to leave and your abuser finds out. What I found most helpful was someone saying, OK, if you leave, what would that look like? If you stay, how does that work for you? They can also point you to resources and information.

Some people say it’s so easy to leave, and they give advice about what they think they’d do. But leaving was the hardest thing I’ve ever done.

Right now, back in Boston, I’m in therapy to work through the trauma. It’s great if you’re fortunate enough to have a support network, like friends and family. However, they’re not licensed medical professionals who are trained about trauma — and there’s really no substitute for professional guidance. You can also find support online through organizations like the National Domestic Violence Hotline and The Allstate Foundation.

People say how strong I am for leaving and for making it through what I did. And I know they mean well, but I feel like it also plays into this trope of the “strong Black woman.” I love being a Black woman, but I would also love for everyone to challenge what we think of as “strength.” It shouldn’t mean having to endure pain.

Financially, I’m building back. It was tough to see the financial progress I made before this relationship — like getting rid of debt — wiped away since I didn’t have a job for a year. But I’m looking forward to teaching full-time again. It’ll take time, but I know I’ll get there.

Yoga is one of the major ways I’m processing all of this. It’s easy to blame yourself for choosing the wrong person, for staying, for going along with things you didn’t want to. But no one knows what they’ll do unless they’re really in that situation. Yoga reminds me to be gentle with myself. And I hope this story does the same for others.

To read more survivor stories, find resources for those impacted by financial abuse, and get tips for supporting a loved one, visit this financial abuse support guide.

*All names and locations have been changed.