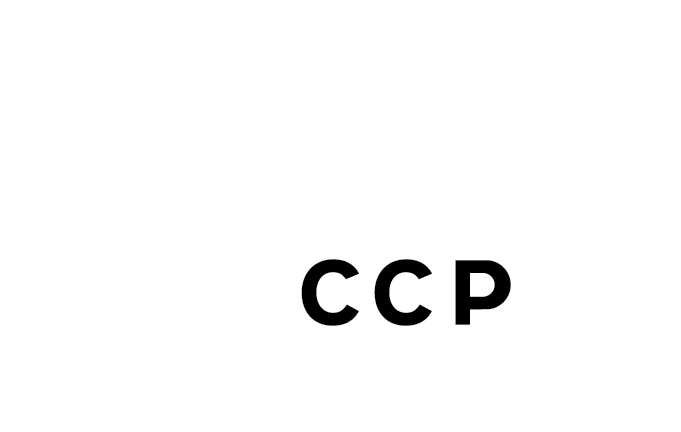 How an imaginary universe brings real value to its players’ lives.

Even before the global coronavirus pandemic, it was becoming rote to point out that people, by and large, were not having a good time in 2020. For one thing, there’s the accelerating devastation of climate change, which has only exacerbated economic and political instability worldwide. There’s also been massive unrest over inequality across the globe, leaving many people feeling helpless to change the tide of history.

So what can a video game do to help anything? If you ask CCP Games, a fair amount, actually. Through their massively popular game EVE Online, CCP says players feel measurable, positive, and utilitarian impacts. Or as they simply label it: “The EVE Effect.” According to internal surveys, CCP claims a full 73 percent of players have made new friends through EVE, and among those who did, 65 percent said their new sense of connection meaningfully improved their real lives outside the game. What’s more, 72 percent said it’s possible that skills they learned in EVE helped them get better jobs. In the MMORPG, players find a complex, virtual environment that naturally cultivates substantive friendships, while teaching people skills that have practical applications day-to-day: ranging from spreadsheet fluency to leadership to better communication. True, that’s not fixing wide-scale global problems, but it’s making people’s day-to-day lives feel richer, and that’s meaningful.

In a year turned upside-down, The EVE Effect might feel more impactful than ever. We spoke to three players around the world who said it’s changed their lives for the better.

From piracy to partnerships

Sveinbjörn S. Einarsson studies audio engineering in his native Iceland, but for a time he ran an independent bookstore in Wales with Ciesjan Van Heerden, whom he’d met through EVE Online. A galaxy-spanning, sci-fi MMO, EVE’s immense economy is completely player-driven, from the lowly asteroid miners harvesting ore through supply chains up to the global alliances processing that ore into capital ships. Just like in the actual world, ambitious free agents can exploit weaknesses in this massive system for personal gain, leading to piracy.

Einarsson and Van Heerden met through a small, high-security-system piracy corporation and decided to pool their in-game resources to pursue larger ventures of various types. Einarsson said that trust was ultimately one of the most important currencies they built up in EVE. “You sink hundreds of hours and so much effort into playing this game,” he says. “And then somehow, you have to find people that will respect the amount of work and time that you’re putting into the game.”

Because they can pay for their game subscription with either real or in-game currency, EVE players can put real-world dollar values on in-game goods, such as massive fleets that take weeks to construct, but mere minutes to destroy. Even if the minerals mined and the spaceships built during gameplay are imaginary, the time spent on them is real, and several years of trusting Van Heerden in shared EVE ventures made running a brick-and-mortar business together feel like a natural transition when Van Heerden suggested it.

Although Einarsson had no real-world experience running a business at that point, his experience floating in-game ventures and investments with Van Heerden turned out to be ample preparation for the real thing. “So you had to look at how much time is this going to take?” Einarsson says. “How much is this going to cost? How much time until this starts paying off? And all of this analysis that you had to do before undergoing a new venture in EVE just came naturally when trying to work on something business-related.” Einarsson has returned to Iceland for school and no longer runs the store with Van Heerden, but the experience is one that wouldn’t have been possible without the game.

Beyond practical EVE skills like calculating profit margins and running a complicated venture, there’s also the leadership element of the game. US Army captain and logistician Miranda Fair, an EVE Online player whose career requires top-tier discipline, says the game has helped her with leadership, and she’s noted “a ton of people in armed forces” from around the world playing, too. “I think people who are good at leadership in EVE could take that into real life and have good leadership skills in the military, or even just being a boss in a corporation or something,” she says. “Just learning how to deal with people in general.”

“In EVE, to be able to finally kind of find my place with other women in the game has made a huge impact on my life.”

Outside of her own alliance, Fair also has found a meaningful sense of community in a group of women who play EVE. “So, being in the Army and playing video games, I don’t have a lot of connections with other women,” she says. “In EVE, to be able to finally kind of find my place with other women [has] made a huge impact on my life.”

Fair also has her EVE friends to keep her grounded. “You learn very specific things in the military about communication and brevity...so when you’re sitting in this giant fleet with 300 people, and you have random dudes that are just talking while you’re trying to give orders and you’re trying to coordinate, [then] I get in Army brain and I can’t turn it off,” Fair says. “But people bring me back down to earth and remind me that it’s just a game sometimes, and that it’s not an actual, tactical event that I need to worry about.”

Gaining a sense of control

Matthew Ricci, an Ontario business owner who deals with consumer electronic sales and distribution, cites his time in EVE as a major factor in his subsequent personal and financial successes. Maintaining a sense of fun through the gift of the gab has been his secret, since it’s otherwise impossible to motivate your virtual employees who are also paying to be there. “You really learn fast how to make everybody happy when nobody is making an income from this, and they all want to kill each other,” he says. “So being able to come to a room, a Discord channel room, with three people that are all pissed off with each other, and being able to broker out a deal that benefits you the most, but also benefits others and creates peace, is an incredible thing that you learn through EVE Online.”

“Enjoy your life, because life is really just a giant video game.”

That agency to achieve your ambitions within a level playing field is refreshing in our current landscape, and it’s what Ricci found so inspiring in his 12 years playing EVE, off and on throughout his entire 20s — first rising within an established global alliance, then returning to found his own corp for several years before finally retiring from the game to focus on his family and building his real-world sales business. EVE provided an environment where he could test out his childhood fantasy of heading a sci-fi megacorp: “Weyland Yutani corporation from the Aliens universe, or I want to be the big CEO of Umbrella Corporation from wherever.” And as Ricci puts it, going for his goal was worth the risk of failure. “Even if I land on my face, I can at least tell the world I tried, which is better than wishing or saying I should have,” he adds.

EVE provided a safe sandbox where Ricci could hone his business acumen and grow his social network without traditional, actual-world risks. For all three players, the depth of the simulation, combined with an active global community of players with real agency, led to something greater than the sum of its parts. That’s The EVE Effect in a nutshell: how the game helps realize your untapped potential. Ricci captured it succinctly with a little advice. “Make sure that if you have a passion for something, find how you can translate that into your real world life. And enjoy your life, because life is really just a giant video game,” Ricci says. “That’s just the message I want to pass on to as many people as I can. And never be afraid to say, hey, you’re a gamer or that you’ve had a lot of success in a fantasy world.”