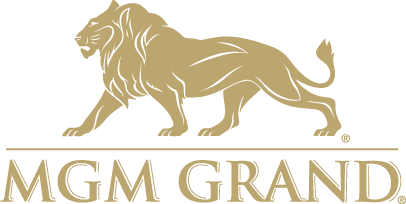 MGM Grand’s new entertainment space is not your parents’ Vegas

Walk through MGM Grand’s main casino floor and you’ll come across an area called Level Up. The space looks different from the rest of the hotel’s venues, even at first glance. The walls, for starters, are covered in colorful, street-style mural artwork. For this, MGM Grand brought in 13 local artists and let them add their own style to the space.

Just beyond Level Up’s entrance is one of the main focal points: the Zero Latency VR experience, which is the only free-roam VR arena of its kind in Las Vegas. That means nothing tethers you or restricts your movement at all while you play. In one of the games available, Zombie Survival, users team up to defend themselves against zombies, and it’s a true test of both reaction time and communication.

This is far from the awkward, solitary VR experiences that leave the user exposed and feeling around in thin air — it’s next level. You’re calling out to your teammates to strategize in real-time, standing with your backs to each other, and fending off a common enemy. Zombie Survival creates a connection within a world that feels entirely real and adrenaline-charged right up until you take off your headset. The beauty of Level Up, though, is that the fun doesn’t stop at one attraction. You leave the VR immersion only to try your hand at beer pong, belly up to the bar with your friends, or relive your teenage arcade bliss. It’s not a traditional casino bar, and that is entirely by design.

Millennials, studies say, are driving the “experience economy.” That means more concerts, performing arts, themed sports, and interactive entertainment. Gambling, specifically, is an area that has felt the shift. A generation that grew up playing video games with friends is looking for more social- and skill-based options at the casino, not just solo endeavors that leave the outcome up to chance.

That’s exactly why Pac-Man and DDR line the Level Up walls, blinking invitingly and giving the room a nostalgic aesthetic. The bar in the center of the space feels sports-bar casual and is circular in order to better facilitate conversation. There’s also hopscotch on the floor, as well as pool tables for communal entertainment.

Slot machines and the conventional casino ambiance are still mainstays on The Strip — they are, after all, integral to what made Las Vegas a one-of-a-kind experience to begin with — but casino floors are beginning to reflect the tastes of younger visitors who play, travel, and interact differently than their parents did. MGM Grand, for one, is now upping the experiential ante by adding both reimagined and entirely innovative approaches to entertainment to the mix.